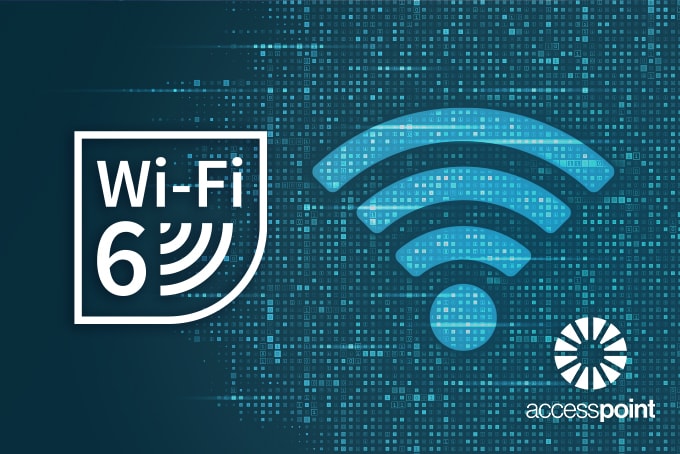 What is Wi-Fi 6? Features, advantages and disadvantages

Wi-Fi 6 is the new Wi-Fi network architecture. It was commercially launched by Cisco in September 2019. In this article, we will explain what Wi-Fi 6 is and how it works, the differences between Wi-Fi 5 and WiFi 6, as well as the benefits and possible downsides of this new wireless version.

What is the latest Wi-Fi 6 technology about?

Technology is constantly evolving and developing and Wi-Fi is not an exception. The next generation of Wi-Fi, known as Wi-Fi 6 or 802.11ax, was introduced several months ago. Wi-Fi 6 is the nomenclature created by the Wi-Fi Alliance to identify the sixth generation of wireless standards. Its goal is to focus on the efficient use of the existing radio frequency infrastructure, while offering a better performance to its users.

If you want to migrate from Wi-Fi 5 to Wi-Fi 6, you should consider the differences between the new standard and its previous versions.

Wireless Fidelity or Wi-Fi is a networking standard that connects wi-fi devices to a Wireless Local Area Network (WLAN) through an access point. It is compatible with IEEE 802.11 standards and uses the 2.4-2.5 GHz frequency spectrum range for communication, also known as unlicensed ISM band and is one of the most widely used technologies for connecting to the Internet today.

It is an older Wi-Fi standard that has been around for years and can support speeds of up to 1 gigabit per second (Gbps). However, it provides only basic security, which means that information transmitted over this network can be exposed to being intercepted and compromised by an intermediary attack. Wi-Fi 5 was all you needed and now, with the release of WiFi 6, a new version of the protocol is available to replace Wi-Fi 5 in the near future.

Wi-Fi 6, on the other hand, is the newest version of Wi-Fi that is based on the 802.11ax protocol and offers many more opportunities for improvement in speed, capacity, and security than Wi-Fi 5. For example, it provides maximum speeds of 1.6 gigabits per second for a single connection. This is three times faster than Wi-Fi 5, which is the standard most people are using right now.

This new protocol offers speeds of up to 10 Gbps and has a range of around 100 meters, which means you can get a pretty decent signal in your backyard and it will overcome the effects of interference. Also, it means that lots of devices can be connected to the next generation of WiFi.

Wi-Fi 5 and Wi-Fi 6 are two wireless specifications that differ in terms of speed, security, and Quality of Service (QoS). But Is Wi-Fi 6 actually better? Yes, of course! the big difference as mentioned above is that WiFi 6 is superior in all aspects to its predecessors as it allows a larger number of devices to be connected at once and is more energy efficient than WiFi 4 and WiFi 5. The fact that WiFi 6 devices and routers can take advantage of all of the new technologies described above is the key difference.

Wi-Fi 6 is the latest wireless standard and it offers several benefits:

This model has a spectrum extension of 12000 MHz in addition to a wireless LAN capacity that helps to grow the networks and the capacity of connections supported without generating bottlenecks in the future.

This is ideal to implement in business networks that are constantly growing, changing, and use a variety of applications and equipment. And we know that with the increasingly accelerated digital transformation in all economic sectors, it is likely that your company requires this evolution.

Contact us! We will give you the best advice through a personalized evaluation of your company’s needs.

The MU-MIMO system (meaning multi-user MIMO) is a wireless communication technology that allows simultaneous data transmission to multiple users through a set of antennas without interfering with each other, which translates into a faster Internet connection than traditional Wi-Fi.

Wi-Fi 6 provides a maximum data rate of 10 Gbps, lower connection latency, and a higher quality for indoor and outdoor settings. It also uses a new standard called OFDMA (Orthogonal Frequency Division Multiple Access), which distributes bandwidth by subdividing channels so that devices can be used in an efficient and stable way to provide even faster data transmission speeds.

Faster speeds mean that Internet users will be able to download video or audio files more quickly to a smartphone or computer, stream videos without interruptions, and play multiplayer video games with fewer interruptions.

With the implementation of WPA3, the Wi-Fi Alliance’s latest security protocol, stronger security features such as individualized data encryption, a variety of authentication options to ensure that strong passwords are used, and personal verification before devices join a wireless network are incorporated. Additionally, it provides strong protection against password cracking, offline dictionary attacks, and other types of malicious activity.

This new version for Wi-Fi networks allows better management of energy usage as it takes advantage of the benefits of TWT (Target Wake Time) technology, that detects when a device is in use and disconnects it from Wi-Fi when it is not. The process is so smooth that most people will not notice the difference.

It will also allow you to set schedules so that devices only connect when they need to. Therefore, it can help extend the battery life of Wi-Fi 6 enabled smart home devices and generate less power consumption.

What are the disadvantages of WiFi 6?

The benefits of Wi-Fi 6 are groundbreaking, but there are also some disadvantages to this new standard.

One of the downsides of Wi-Fi 6 is that it has not yet been widely adopted. For example, Wi-Fi 6 is not currently available on most laptop computers or cell phone devices by default. If you have wireless routers that support Wi-Fi 5 and Wi-Fi 6, it will automatically use the slower one at this time because most devices do not support it yet. This can be a problem if you need a strong signal for video, streaming, gaming or other tasks that require a high bandwidth.

Another negative aspect of Wi-Fi 6 is that in order to make the most out of its advantages and benefits, it is necessary to upgrade the devices and part of the infrastructure such as cat6a o cat7 quality cables, a new router with 1Gbps support, or AI MIMO antennas (which can support up to 10Gbps speed), multigigabit switches with NBASE-T ports as the standard and PoE+ (802.3at) certification. All of this implies an investment that must be considered as some devices will become obsolete and the acquisition of new Wi-Fi 6 compatible devices is generally more expensive.

You will need assistance to implement Wi-Fi 6 because it is important to have a professional network design that allows you to take full advantage of the benefits it offers. That is why our Access Point, our engineers are trained and have the necessary experience and certifications to handle your migration to WiFi 6.

Besides, as we mentioned before, you will have to make changes in your equipment and implement them properly, since WiFi 6 does not respond to a software change or a new module to be installed. It is a much more structural change.

Are you ready to evolve to Wi-Fi 6 and drastically improve your company’s connection? Contact us!

If you liked it or found it useful,
Share it on social media! 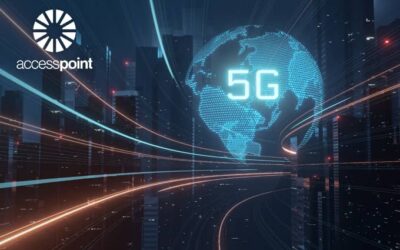 Let's talk about 5G! This is not only the evolution of the 4G technology, but it also has the potential to change our lives for the better, hence, taking your business one step further. Keep reading to discover how 5G technology can transform life as we know it and... 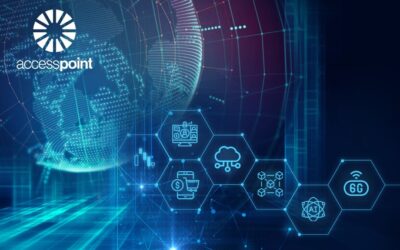 6 Useful IT Trends of 2022 That Will Skyrocket Your Business

When was the last time that you updated your team and digital infrastructure according to recent IT trends? Today at Access Point, we want to offer you a practical guide with the latest IT innovations that can help you boost productivity, optimize processes and save... 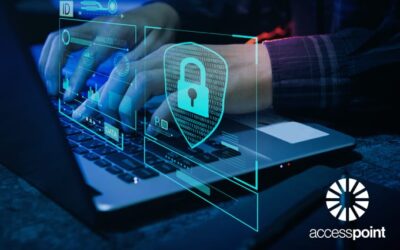 The Complete Guide on Cybersecurity, Best Practices & IT Threats

A big part of our lives has moved to the digital world. Personal information, relationships with friends and family and even our jobs, for an important portion of the society, are happening online. Hence, it is no surprise that digital threats are now being part of...

× WhatsApp Available from 07:00 to 19:00 Available on SundayMondayTuesdayWednesdayThursdayFridaySaturday